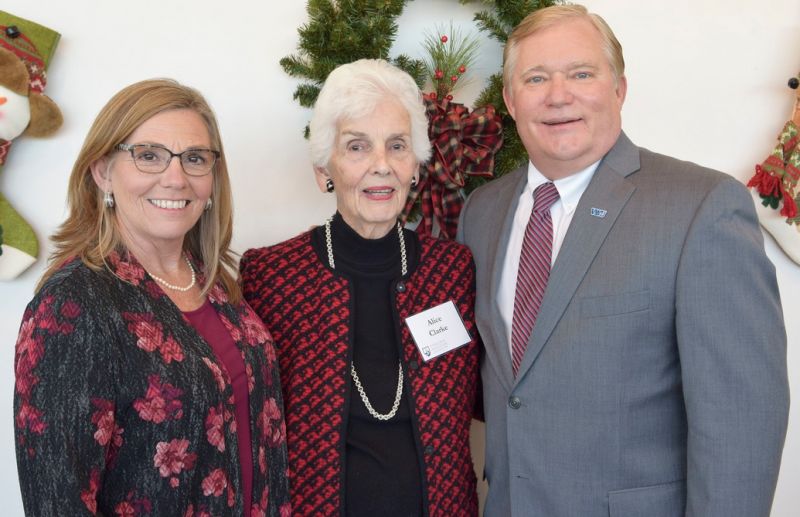 The Lambuth M. and Alice A. Clarke Heritage Society Recognition Luncheon was held on campus December 3, honoring a special group of alumni and friends who have chosen to include Virginia Wesleyan in their estate plans, as well as those who are considering a bequest to the University as a future gift option.

Alice Clarke attended the annual event, held in the Eleanor and Henry Watts Grand Lobby and Gallery of the Susan S. Goode Fine and Performing Arts Center. Mrs. Clarke and her late husband, Lambuth, president of Virginia Wesleyan from 1966 to 1992, planted many of the seeds of Wesleyan’s future success.

One of the University’s signature establishments, the Heritage Society was formed many years ago by Wesleyan friends and family with the Clarkes among the inaugural founders. In 2016, the society was named in recognition of the Clarkes, whose name has long stood for admirable values and extraordinary service. 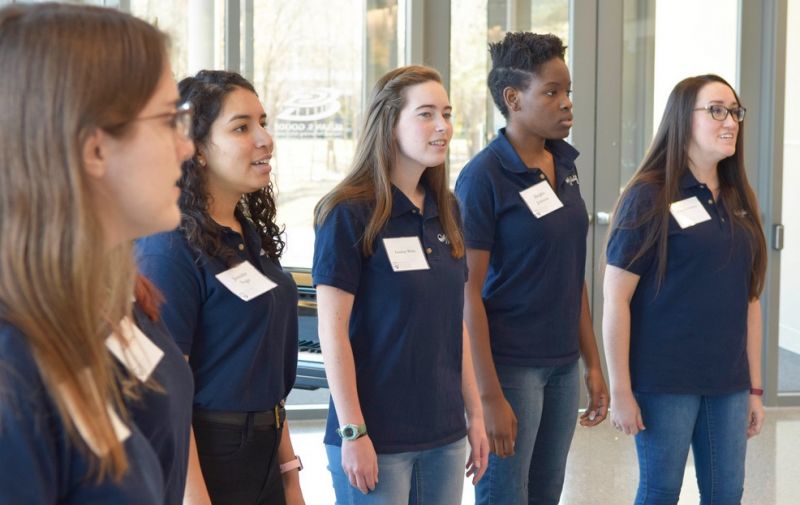 “These individuals each made a tremendous impact on Virginia Wesleyan," he said, "and we will be forever grateful to them for all they did for this University. They exemplify those who set the stage for Virginia Wesleyan’s progress and enable us to improve the campus by building new facilities, updating old facilities, modernizing our technology, and adding new opportunities for students."

Learn more about The Lambuth M. and Alice A. Clarke Heritage Society